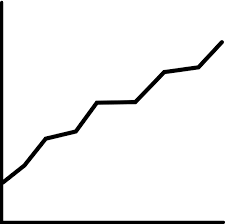 You wouldn’t think that there would be too much in common between the humble lanyard and the market forces like exchange rates and geopolitical events like Donald Trumps trade war with China. You would not could not even start to imagine that would could effect the other. But the reality is it can. You see lanyards are manufactured in China. There are some small local manufacturers that do small quantities but the lions share are made in China. So when world events effect the currency market then they also end up effecting a product such as the little lanyard.

All manufactured products coming out of China are valued in USD. The USD being the all mighty American Dollar. The reason for this is because most raw materials are calculated in USD so it just makes it easier for the Chinese to price their manufactured goods in USD. Again there are some smaller manufacturers or non-export orientated factories that sell their goods in RMB, the Chinese currency, but they mainly service their domestic market. That said even factories that sell their goods in RMB are effected when there are currency fluctuations as the raw materials they buy are in USD.

So lately you would have noticed volatility in the currency markets. This is because the Chinese Government decided to devalue their currency the RMB in retaliation to American tariffs on their goods. This in turn spooked investors and causing them to flee fringe currencies like the AUD, or Australian Dollar, for the safety of the USD. So for a country such as Australia all the sudden they would find themselves paying more for imported goods such as custom lanyards. You see even custom lanyards can be effected by the policies of US president Donald Trump.

Luckily the price of custom printed lanyards is yet to go up. Indeed the good people at Ezy Lanyards are yet to raise their prices instead closing to absorb the cost. That said should this situation persist then you can expect all suppliers of custom lanyards to raise their price as well as any and all imported products. Lets hope that that doesn’t happen and that the AUD at least returns to a point above 70c against the USD.